The Devil himself has been credited with the invention of playing-cards. However, that assertion and all it implies is rather unappreciative of the good cards have done, apart from their obvious evil. They have provided man with relaxation and, as psychologists have pointed out, even more so, helped him to canalize his aggressive instincts into innocent channels. 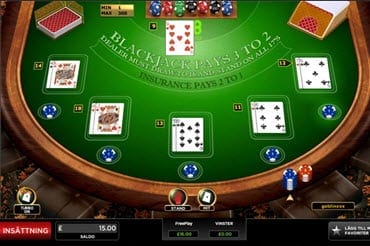 One tradition claims that we owe playing-cards to gypsies and that they first devised them for their fortune-telling. The fact that a French craftsman was commissioned in 1392 to paint a set of cards for Charles the Mad led to a third suggestion – that cards originated as a kind of occupational therapy. They had been invented to soothe the king’s nerves – whenever he had a bout of insanity.

Actually, playing-cards stem from China where they first appeared more than 1,000 years ago. The Chinese used circular cards made from various kinds of wood or plant-fiber. Simple in design, they were painted in rich colors. From the East, cards eventually reached Europe through the Arabs. Some of the oldest specimens in existence came from Venice. They, too, were painted, but still lacked numerals and special names. At first, the European-type of cards pictured a whole galaxy of emblems and figures. These included the sun, moon, and a star; the Emperor and Empress; the Wheel of Fortune; Justice; “the Lovers,” and “the Hanging Man.” They also showed the Fool, the Mountebank, and the Devil. Only then did people start to number the cards and divide them into suits. These distinguished cups (representing faith), swords (justice), money (charity), and clubs (fortitude). 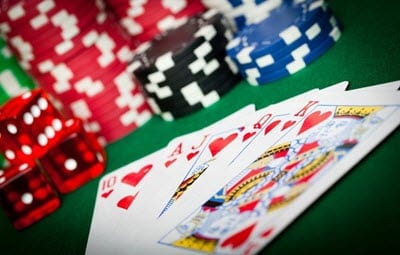 The painting of cards became a special craft and their supply a monopoly and – for the state – a special source of revenue by taxation. From Italy and Spain, card-playing spread to France where it created an industry. Though there is no record of the date on which cards were introduced into Britain, they certainly were known there by 1480. A Royal decree, issued 15 years later, prohibited card-playing by servants and apprentices, except during the Christmas holidays. Yet even the Puritans could not suppress the love of the game. King James I was an addict. He had two courtiers in constant attendance, one to hold his cards and the other to suggest which one to throw.

Cards were now elaborately decorated and illuminated with gold and silver. With the passing of time and the increased popularity of the game, the original simple collection of cards had become numerous and complicated. But eventually the pack was again reduced and limited to the present number, 52, apart from the joker. Various countries adopted their own names and figures. Spain and Portugal retained the original Italian cups, swords, money, and batons. Germany and other Northern European nations preferred to have hearts, bells, leaves, and acorns. From France, England chose hearts, diamonds, spades, and clubs. Practical considerations were responsible for a further development. Painted cards were rather expensive and not easy to shuffle, and people began to have them stenciled and, finally, printed. They were bought not in ready-made packs, but in sheets, with several cards printed on each of them, to be cut out by the player. In the excitement of the game, some players were at a disadvantage. Those sitting on the “wrong” side could not at once recognize the card’s value when it was thrown on the table. An ingenious Frenchman thought out a remedy. Instead of picturing a whole-length figure, he introduced the double-headed one, equally recognizable from either side.