Although Microgaming is a popular slot provider company in the gambling market but you will not find it in all online casinos. Below are the ten best online casinos powered with games from Microgaming:

Microgaming is a pioneer in offering online casino software since 1994. Quickly growing to be a market leader, as a game developer for more than 120 casinos and almost 50 poker rooms. Being indistinguishable during game-play, Microgaming provides a downloadable software, adding an online version to it. The unique visuals offered can be tailored to specific client needs and an extensive customer service is also provided, for both casinos and rooms. Micrograming provides a selection of more than 300 various games to its clients, with the following prominent features: Players have the option to either play online or download the games to their personal computers, with superb graphics being the main feature of the latter.

Prior to commencing the play, the players receive comprehensive game-play instructions which they can test in the practice modes before moving on to playing with real money. They can also customize the games to their liking, and always receive automated updates whenever available. The software supports thirteen major languages. Furthermore, and instead of depending on the software, the software offers live dealers. Additionally, players from various corners of the world can join from their own computers using the live video streaming. When playing slots, progressive jackpots will keep your mood up.

It is worth mentioning that compared to other online jackpots, Microgaming’s offer the biggest ever. Even though they have the option, not all casinos participate, and it is up to the player to verify the participation of a specific casino before playing. The company claims that since the progressive jackpot has been launched in 2007, nine people were made millionaires with their winnings. They also state on their site that more than six thousand players have been awarded with more than $225,000,000.

Microgaming is one of the best software provider in terms of the progressive jackpots game. One of the most popular jackpot game by Microgaming is Mega Moolah Slot. Mega Moolah Slot game from Microgaming is also referred to as the Millionaire Maker. It is among the few slot games that you will find in the Guinness Book of World Record. October 6, 2015 was the day the record of Mega Moolah Slot was broken by a UK gamer that stake with just twenty-five cents. His name is Jon Heywood who is a retired soldier and he hit a jackpot of €17,879,645 plus twelve cents. It happened at Betway Casino at that time and it also increase the popularity of the Mega Moolah Slot then since all attention were on the game. This feat was recognized in the Guinness World Book of Records when Microgaming was given a certificate on 2nd of February, 2016 stating that the biggest online jackpot to be hit is Mega Moolah.

Thunderstruck 2 made up of five reels, three rows, and two hundred and forty-three means of winning. It has RTP of 96.65 percent

The software provider have a lot of slot games in their collections including the progressive jackpots slots. There are more than three hundred games and fifteen jackpot slot games that have been developed by the company. These varieties of games enable players to select their favourite from large collection of games.

Although it has been in the gaming industry for a long time, the provider never relent when it comes to developing new slot games. Every year there are many games that have been released by Microgaming. Some of the newest slot developed by the provider include the following.

About the Software Provider Company

In 1994, another software provider joined the list of developers in the gaming industry and it is called Microgaming and it is situated in the Isle of Man. Since then it is was established it has developed many varieties of casino games. When referring to the best software providers in the gaming industry as at now, Microgaming is one of them. Mega Moolah Slot game from Microgaming is among the few slot games that you will find in the Guinness Book of World Record. October 6, 2015 was the day the record of Mega Moolah Slot was broken by a UK gamer. Now, according to the Guinness World Book of Records, Microgaming is the software provider with the highest payout progressive game. Till today, over seven hundred million euros have been released by Microgaming to the lucky players. The CEO of the company is Roger Raatgever and there are over one hundred and sixty employees at the company. As at now, there are over eight hundred and fifty unique casino games by the provider and over one thousand and two hundred varieties.

All the famous and available variations of poker, like Omaha and Texas Hold’em for example or draw games, are supported by Microgaming software. These games can be either played online or downloaded directly to the user’s personal computers. Microgaming poker rooms offer numerous features to their players. Including statistics to assist the players in assessing and improving the strategies, they use for playing.

Players are able to know at any time the exact numbers of players participating in each round. Additionally, the advanced search option gives players the option to search for and join tables based game variables that suit their needs. Similarly, Microgaming offers a feature titled “Beginner Table”. Players get to choose from buy-ins as low as $0.02/$0.05
Lastly, players are able to play a set of different and combined poker and casino games all with a unified account.

Being Microgaming one of the establishing members of eCOGRA, a non-profit organization ensuring fair play and extensive customer support and fast payments, most of its software users receives eCOGRA’s approval. Yet, some casinos that use Microgaming’s software do not have such certification, and it is up to the player to verify this before playing. Lastly, the company claims that their Random Number Generator (RNG) is among the best of the market and is in the top of the fairness chart, supported by complete randomness.

There are many reasons why players prefer playing games from Microgaming. Among the reasons is that the games give unlimited entertainment and fun-filled experiences to the players. When you register with any Microgaming Casinos, there are numerous bonuses and promotions that will be offered to you. The progressive jackpots games of this provider is the best in the gaming industry with Mega Moolah being the highest payout game. The provider is also licensed by the UK Gambling Commission thus, players know that the games are safe to play. 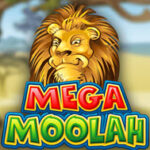