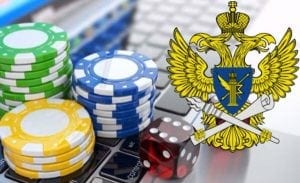 From 1928 until 1988, Russian authorities prohibited gambling of any kind anywhere within the country. Slot machines were legalized in 1988, but only is certain locations. In 1989, gambling once again became legal, and the city of Moscow got its first gaming house.

Unfortunately, the number of gambling establishments grew at such a swift pace, that it soon became a regular pastime among residents throughout the country. Since regulation of this form of entertainment was so lax, members of Russia’s government became concerned for the financial welfare of the country and its citizens. It was difficult for the government to monitor gambling activity, making it difficult to regulate and control what was happening.

In 2006, they enacted a law banning online gambling, preventing residents of Russia from joining gambling website. The law in question is called the Federal Law of December 29th, 2006. Eventually, gambling was legalized in 2009 in Kaliningrad Oblas, Krasnodar Krai, Primorsky Krai, and Altai Krai, where it remains legal today. These locations were selected primarily for their ability to draw high rollers from nearby locations.

Even though Russian citizens were banned from joining online casinos, the government found it necessary to block gambling websites entirely to prevent players finding a way to get around the ban. In 2012, the Russian government publicized a list of every website it had proclaimed to be illegal for its citizens. This list was called the Roskomnadzor. As a result, many international establishments had to shut their virtual doors to Russian membership. A lot of these operators were big names in the gambling industry, so they weren’t happy about this turn of events either. Nonetheless, many players originating from Russian territories have found a way to register and play on international gambling websites.

Brick-and-mortar locations were attracting new players from outside the country. As a result, President Putin decided to allow two additional areas of the country to partake in this activity, adding Sochi and Crimea as allowing locations for gambling houses.