Dr. Henry Jekyll has sent you a special invite to assist him during his experiments involving human nature. From time to time his evil personality will break out delivering fear over London and its residents. Your mission is to encourage him to drink the potion that will turn him back into the kind and beloved doctor we all know. Dr. Jekyll & Mr. Hyde is a Betsoft title themed on the famous tale by Robert Louis Stevenson which appeared in July 2014 in both desktop and mobile version and becoming a great success. It features an excellent gameplay and stunning 3D graphics with plenty of surprises like a large selection of bonus rounds, mini features and loads of different winning line combinations. A mix between a great story line and gaming quality will certainly make this an incredible adventure.

Live the life of two characters in this excellently developed game.  Dr Jekyll and Mr Hyde is an absolute cracker of a game from Betsoft and encompasses some fantastic features.  All the stops have been pulled out to ensure great game play and an awesome bonus structure! The visuals in this game are fantastic and this is noticeable as soon as you load the game for the first time.  Of course we can’t rely on the game just looking good, it has to be fun to play too and money is always the deciding factor, so let’s take a look.

5 reels and 30 win lines give this set of reels a good feel to it and doesn’t give the eyes to much to wander over.  First of all, the potion meter is at the centre of this game and is what makes the gameplay so good.  Basically you have the meter instead of the scatter symbols, every time the red potion symbol lands on your reels, you will add to the meter.  It takes 100 red potions to fill the meter, which means that you will always eventually hit the bonus round of free spins so long as you keep playing the game.  If you are lucky enough to land a Dr Hyde symbol alongside a red potion then you are in for a treat, all Jekyll and Hyde and logo symbols will turn to wilds and create a great win streak.  The blue potion is a little different, the same combo can be achieved but this bonus will give you a random multiplier of between 5 and 20 times the winning number. Betsoft have done a great job with this game and have produced a truly unique concept in a theme that most gamers will relate to! 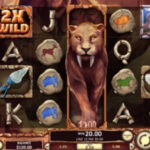 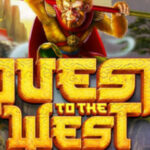 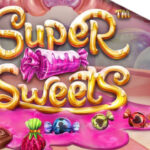 Super Sweets Slot Review (BetSoft Software) This is an amazing game from Betsoft, the aim is to follow some of the recipe and some other ones that have been used… 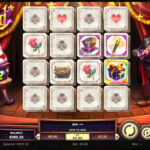 Stacked Slot Best Online (BetSoft) Slots for Real Money This is a Betsoft powered slot that was launched in 2021. It has 20 pay lines and 4 reels, and an… 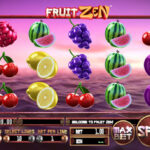 Fruit Zen Slot – Online Betsoft Gaming Slots Betsoft is known for creating quality game and another new slot has been added to its collection which is called Fruit Zen….