Pirate Isle is one of the first 3D video slot released by the Realtime Gaming, in September 2015. Based on the story of the famous comics Captain Redbeard, for which the background theme and the unique animations have been created. Players will take part in the sailing of the Captain’s ship traveling to an unknown island where great treasures are thought to be.
Pirate Isle has up to 25 pay-lines on a 5-reel slot, offering amazing progressive jackpots for each winning combo and interesting bonus rounds that increase the chances to win. Together with the pirates crew, the player will assist the captain in the battles against the Spanish galleon, who also has the map to the treasure, in order to reach the island first, find the treasure and get the prize they deserve. 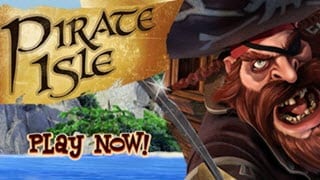