Ten Suns is a video slot that has 5 reels and up to 25 paylines. This mainly comes with drop icons, expanding wilds and many free spins. This slot can be well played on Vegas 2 Web. There is a fantastic welcome bonus for the first time depositor as they can get up to $2,000

Ten Suns theme is mainly based on an ancient Chinese myth, and at this particular period, people have the belief that 10 suns are in existence, in which each of them governs the week. What happened next was that the suns came together and made the decision to becoming superhot. This was so severe that human was able to endure this kind of heat, so one day, a fearless archer has decided to look for a solution to this, and he shot one 9 out of those suns, leaving the currently existing one. It is self-evident that the audience targeted by the Ten Suns are the Asian gamblers. All around the globe, they are well known as a prolific gambler.

The paying icons make their appearance on the Asian-themed slot, which includes the dragon, lotus flower, treasure chest, lucky coin and lotus flower. The archer is the wild symbol as it can expand to all direction and also form some combination as it substitutes some other icon. There is an average return of 96.2% as the RTP. Gold frog happens to be the highest paying jackpot as you will be able to get up to 1000 coins. 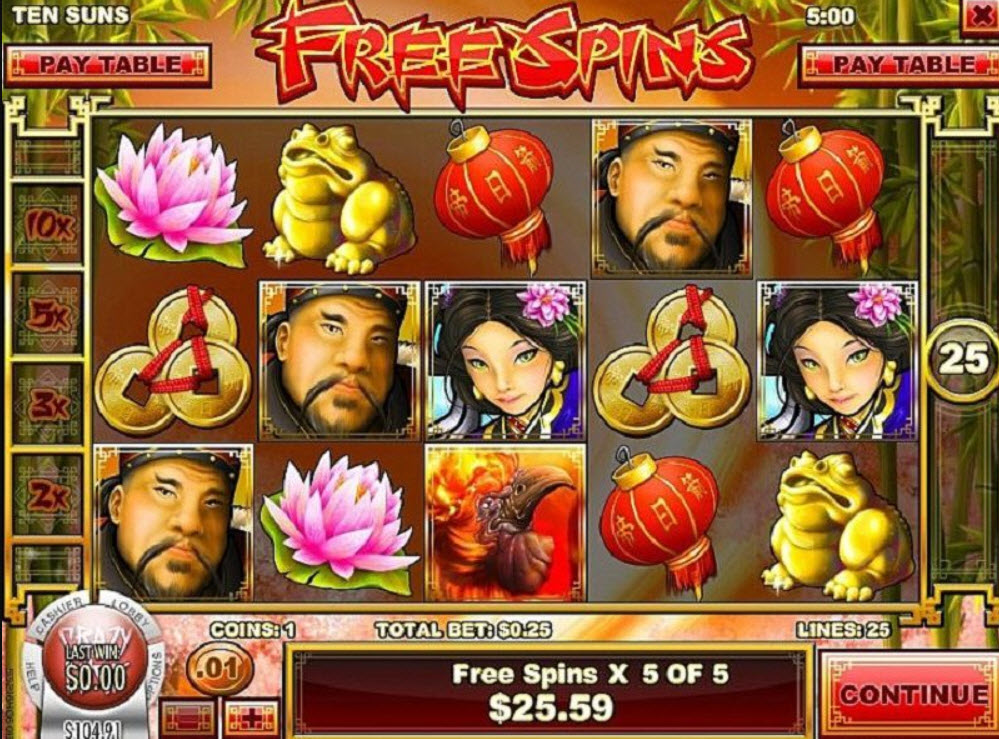 Players who want to get the best out of this casino should ensure they make $2.50 as there average bet spin, and the obvious thing is also your bankroll. On this slot, the game size does not matter; the players that are high rollers can select the maximum bet button. Just ensure the maximum paylines are activated the moment you play only to gain the most of the slots

As earlier stated, the wild symbol is the archer as it makes real expansion to the direction you shoot the arrow to, it can probably be down, up, right and left. The wild only pitches on the 2, 3 and 4 reels. It makes a replacement of some other symbols as at when you will be able to form a combination for winning

If you see the appearance of at least 3 of Treasure chest symbols on your screen, to choose one so that your cash prize will be revealed. There is nothing more to the bonus other than picking a treasure chest, and immediately you are done with this, the main game page will be automatically returned to.

The fierce-looking dragon happens to be the scatter symbols. The moment the three of them makes an appearance on your reels, then it will trigger the free spin mode. For 3 scatters, you will be awarded free spins up to 5, 4 scatters attracts 7 free spins, and 5 scatters draws free spins up to 10

The visual of this slot is amazing and it portrays an ancient theme, you will be glad enjoying the bonuse, free spins and cash prizes. 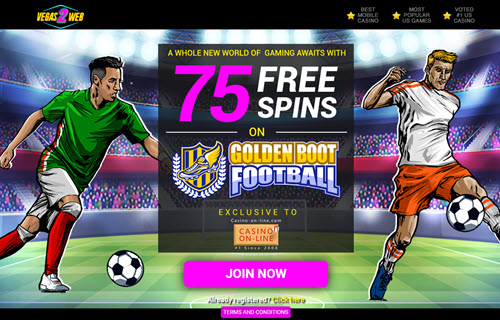 Grandma’s Attic Slot – Online Rival Slots Game Grandma’s Attic is an amazing slot game by Rival Gaming, the trailer displays a grandma pointing at the Attic hatch, at the...