Quickspin is a software developer company established in 2012 and it is based in Sweden. It is licensed by Alderney Gambling Control Commission and United Kingdom Gambling Commission. It is well known for developing quality gaming software.

Among the top software provider in the gaming industry is Quickspin that is based in Sweden and since its establishment has been developing quality slot games till date. Although it was established recently but the impact it has had in the gaming industry cannot be underestimated. The main reason why it has become a competition to other top software providers might be because the kind of slots they developed is not like theirs. There are differences in the layouts, themes, and unique gameplay characteristics. A lot of prominent casino operators that are famous in the gaming industry have started adding the company to their list of software providers. All the games from this software developer are safe and the security of the players is guaranteed. You can play the game with real money at any time you want.

The Company was established in 2012 as a software developer company. Part of the reason the company was able to start well can be due to the fact that there are three founding members with load of experiences of working in the gaming world. For instance, the CEO of Quickspin have worked for a top software provider before which is NetEnt and he held a tangible position in the company. Then, the other two founding members are the Vice Presidents of the company with one of them having worked for NetEnt also and the other one worked with the popular Unibet Casino. Therefore, you can see that the people directing the affairs of the company are not novice when it comes to activities regarding online casinos. Also, this has ensured that the company has been experiencing smooth operation. Also, one factor that is worthy of mentioning is the fact that the people in charge of developing the games are passionate about what they are doing. They work excitedly and with passion in developing games of different kinds. Also, inasmuch as they are professionals they also show that they have sense of humor which can be confirmed by checking their outfit on the company’s blog.

Although they portrayed that they have good sense of humor but the development team do not joke with their work. This is evident from the license of the company in which the team want to ensure that the casino they are partnering with as well as the players do not encounter any problem. This is why Quickspin obtained it licensing from Alderney Gambling Control Commission. However, that is not the only license the company has it also has a license from the United Kingdom Gambling Commission. Having two licenses from two reputable licensing body will put the mind of possible partners and players at ease. The players can be guaranteed that the company is operating based on fairness and also does not take responsible gambling with levity. These apply not only to players but to the partners as well and that is one of the reason the company have been partnering with big casinos in the gaming industry. This implies that you will be able to play out your favorite game out of the Quickspin Slot collection at any casino using it as its software provider.

What makes Quickspin to be distinct from all other software providers is due to it fast growth and achievements in the gaming industry. In 2013, it was awarded the Rising Star at EGR B2B Awards also received award for the game of the year for developing an amazing slot video known as Big Bad Wolf. But, that is not all because in 2014 the company was also awarded for Social Gaming Supplier and another award for Mobile Gaming Software.

Quickspin developed some video slot machines that are made up of five reels and contain unique gameplay as well as amazing features which will entice the players and make them play the games. Although the company did not develop classical three reels slots like that but they have incorporated some classical actions into a slot that contain icons that are represented with fruits. It is called Second Strike and it is made up of ten bet lines and players have the opportunity to increase their winnings when spinning. Jewel Blast is another classic related slot from the company slot collection that is treasure themed and have amazing designs and features.

In terms of themes, there are slots you will come across in the Quickspin slot collections that are not simple. However, the developer ensure that the gameplay is well understood and there are unique bonus options that will aid the smoothness of the game thereby giving players additional winnings. For instance, there is a slot that is based on the adventure story writing by Jules Verne and known as Journey to the Centre of the Earth. The slot is named Take the Epic Journey and it is made up of five wheels plus one hundred bet lines for players to stake on. There are many bonuses actions that will add to the winnings of the players. Beowulf is another slot game whose theme is also based on novel that is about fearless Norse warrior. Sinbad is also another slot machine that have the same theme as Beowulf but its own storyline was adapted from the novel about a Middle Eastern merchant sailor. Other slot machines with the same theme as the two mentioned above include the following:

Apart from the slot machines developed by Quickspin being full of entertainment there are also other aspects that capture the attention of the players. One of these aspect is the design such that are the slots designs are of high quality and they showcase their themes effectively. Players are always acquire a lot of experiences from this game and they will be completely immersed in it. Big Bad Wolf is an example of such slot in which the way it was designed is the same as it was described in the novel. As a matter of fact, all the slot machines developed by the company all have designs that tell the players more about the theme of the game. Majority of the slot machines have been optimized to function properly on mobile platforms. These allow players to have a sensational experience while playing the games using different options available to them such as desktop, mobile devices, and smartphones. The development team have ensure that there is mobile casino by striking deals with operators that can host their games.

It is no longer a hearsay that Quickspin is one of the leading software provider company among the newly established companies in the gaming industry. As at now, the number of games in Quickspin Slot collections may not be much but all the games they have developed are topnotch in terms of quality. The designs, graphics, themes, and soundtracks of the games are fantastic. The theme of the slot games can also be deduced easily by the players since the title of these games are easily relatable to novels, tales, and so on. You can visit this site often to get information about the latest updates of games that have been added to their slot collections. 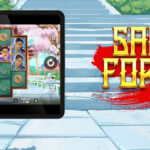 Sakura Fortune 2 Slot Review New (Quick Spin) Slots Pros High-rollers will have a lot of fun. There is a maximum wager of €/$100 for every spin. Up to a… 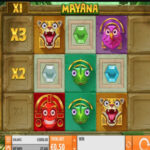 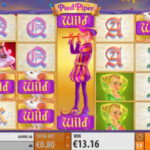 Pied Piper Slot Review (Quickspin) slots game Over the years, Quickspin have been coming up with something very enticing and amazing. There is a wild symbol and there are lots… 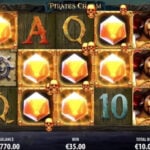 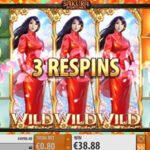 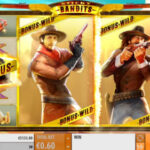 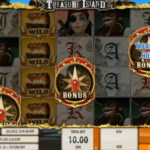 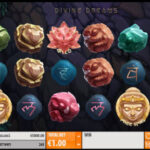 Divine Dreams Review >Slot Machine Win Real Money  Get yourself prepared for a Swedish adventure as the slots is going to take you on another adventure. This is a Quick… 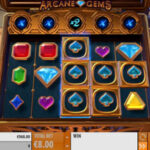 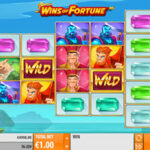