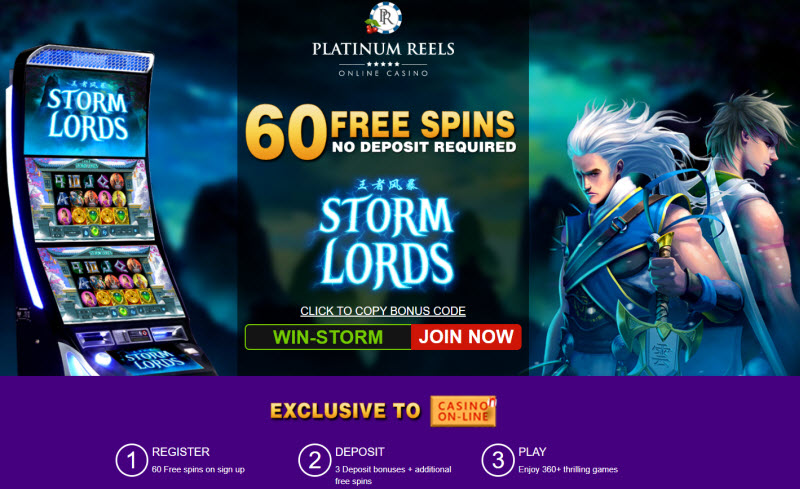 We are heading to the east where ancient Chinese warriors fight for their honor and for victory in this brand new slot machine that we are diving deep into. Real Time Gaming’s Storm Lords will take you on a journey that will awaken the warrior within for you to rack up crazy big wins for yourself and your empire.

Get ready for a fierce battle that will take you to the edge of your seats in this exciting new slot. We are going on a wild ride so here it goes.

The face symbols are illustrated as different Chinese warriors, a princess, a priest, and the classic A, K, Q, J, 9, and 10 symbols.

The wild symbols in this game, which takes the place of all the other symbols except for the scatter symbol and the treasure coin symbols, are illustrated by two different Chinese warriors or the two storm lords. The wild symbols can only appear on reels 2 and 4. And when they do appear, they take up the whole reel.

The scatter symbol takes the form of a green amulet. 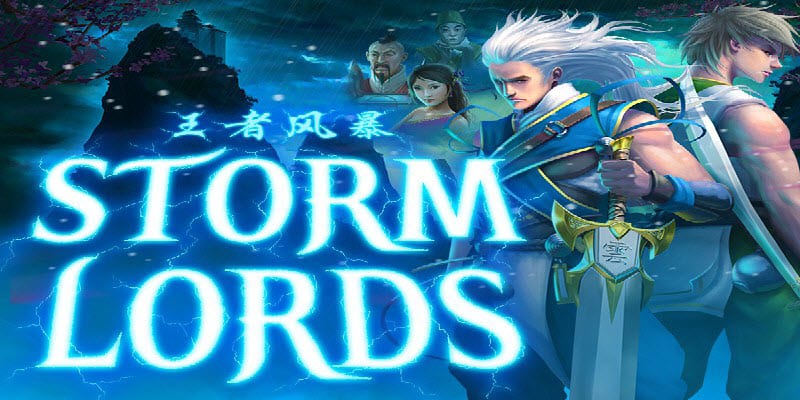 At the end of all the re-spins that have been won by the player, the prizes displayed on all the coins on the reels are awarded to the player. If all 15 positions are occupied by treasure coins, the grand jackpot is awarded instead.

The appearance of 3 or more scatter symbols triggers the free games feature. Once triggered, the player will be prompted to choose between two types of free games, the wild reels or the treasure spins. During these two games, the treasure coins feature can also be triggered.

During the wild reels free games, the two storm lords will automatically occupy reels 2 and 4 and 6 free games are awarded to the player. This feature can also be re-triggered during the free game itself awarding the player another 6 free games.

The game is set in an ancient Chinese temple during spring where you can see the leaves of lovely trees flying in the background. The atmosphere is surprisingly serene and peaceful though we know that a battle is already brewing and it would only be a matter of time before our storm lords unleash their fury on their enemies.

The visuals of this game are extremely well done and are very much pleasing to the eyes. What can we say but that Storm Lords is a beautiful game from the guys over at RTG.

Storm Lords is an excellent game from RTG with great visuals and a cool mix of features. Punters the world over will definitely enjoy a good session on this slot. We recommend you try this slot for yourselves, that is if you haven’t already!