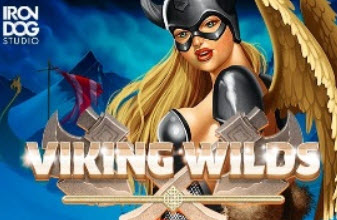 We have been seeing Viking Wilds around a lot for the past few months. But it was never really an interest of us as we thought it was going to be another typical slot game that was developed by a shady developer. We didn’t think that our readers would really be interested in seeing it on our site. So many reasons pushing us to keep doing mainstream reviews.

On this site, we constantly carry out test, every single day. We live gambling, we love slot games and as a result of our unending passion, we can easily sense which slot game is actually profitable and which one isn’t. Sometimes, the reason could something really obvious like a really short screen. But sometimes, it could be really subtle but that subtlety just makes it stand out more. Viking Wilds is a game with this such subtlety.

Viking Wilds has a Norse theme to it. The hosts are a beautiful Valkyrie with wings and Viking Berzerker that is just as beautiful. You will get through snow capped mountains and wintry isles to get to Valhalla. When you get there, you have to open the gates so that you can take part in a free spins bonus round. If you play this round, you have even more multipliers and expanding win ways. You can play this slot game no matter what device you have and the price of a spin ranges from €0.20 to €50. The game has five reels, 1024 win ways reel set which could eventually give you 3125 ways to win if the reel expands randomly.

The landscape is a wintry one and presents to you cards from A to J, all in the Viking style. Other symbols that you have at this game are hammers, helmets, shields and axes. There is a premium symbol. This one has a representation three banners. The red banner is the most valuable banner. It gives you 5x your total bet if you get five of it. 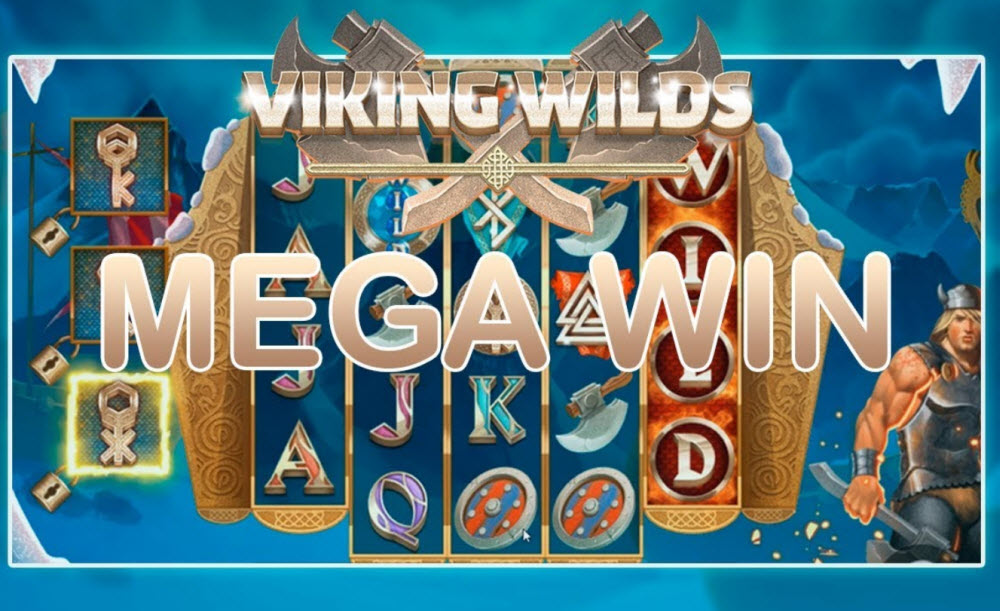 The way this game is designed is quite unique. The game engine is cascading and they are called tumbling reels. When you get winning combos, then an avalanche mechanism is triggered. The winning symbols disappear and arw substituted by other new symbols, this one tumbling in. This process goes on until there are no more winning combos.

The wilds are also given a lot of attention at this game. You have the standard wild of course. But there is one wild that you would only see on the middle reel. It is called the sticky wild. This wild doesn’t leave after a tumble win. Instead of this, it maintains a position on the reel. There is an expanding reel as well. This one appears on all the reels except the first one. Like its name implies, it expands so as the cover the reel completely.

To get the Valhalla free spins bonus mode, the three wilds in one set of symbols drops have to appear. This will give you 12 bonus spins and a multiplier of 1x. If you have one or more reels that get expanded on the triggering spin, then you get even better rewards.

Viking Wilds is definitely not an awful slot game. But it is not going to be a game that will bring Iron Dog Studio a lot of recognition or even awards. There is no real narrative (it is really vague), you have no extraordinary features and the graphics are nothing really remarkable. In spite of this, you have some great qualities to the game. You have great playability and there are no glitches at all when you’re playing. Added to this, you have an RTP that stands at 96%. A potential win of 6,000x your bet could also make you want to play at this slot game.

Viking Wilds will definitely not be the game that will propel Iron Dog Studio far in the market that’s for sure. But what we do know is that the quality of this game could make Iron Dog Studio a serious competitor. The first thing that this slot needs to do is make itself known in a life environment. Is it just talk or is there real potential? We shall see.