is an online slot machine powered by Rival Gaming. This game is a 3 reels slot game with 3D animations and twenty paylines.

This slot game ends the adventure of the classic arcade game frogger of 1980’s and Rival gaming developed it. You do not need to have an initial knowledge of the original version of this game before you can start spinning the reels, this version is even more entertaining than the original version and it promises a lot of winnings. This slot is a 5 reels slot with some interesting 3D animations and it work perfectly with the bonus options. This game can be played on both mobile and desktop but you cannot find it on anyhow website since it is a Rival gaming slot.

Rival gaming shows creativity in this game by incorporating every symbols and display of the original version into this version; this was done by having a display of 5×3 reel with twenty win-lines that fill up the game road section while the free spin bonus section is the river rapids round.

The icons that pay less in this game are the old nine Ace icons that are provided in a traditional school eight-bit style, the round you wish to play will determine the other icons. The race car, the truck, the bus and the blue car are arranged in the value order i.e. from the highest value to the lowest value in the section of base road game while the snake, crocodile, log and turtle are the icons found in the river rapid rounds. The only two icons that pays 2 of a kind instead of 3 are the snake and alligator icons.

Low stake players will be afford to play this game as it offers a minimum bet of 0.20 coins for each spin while it offers a maximum bet of 50.00 coins per spin. This game has three main icons that gives high payouts; these include the frog, the bulldozer and the fly.

The frog serves the purpose of expanding wild and its appearance on a real as winning combo assist in leaping the frog to the above reels thereby change the icons that are found above the reels which results into higher winnings. This feature also give a multiplier of two times in the river bonus round game.

The bulldozer is the second icon and it depict the scatter of the game, this icon give a multiplier of x10, x3 and x1 of the value of your bet-line for 5, 4 and 3 icons respectively. Obtaining 3 or more of this icon will give you seven free spins and it will be reactivated supposing you obtain three or more of it in the free spins feature.

The last of these icons is the fly that depicts the wild icon of the game. This fly is the best food of the frog. Appearance of this icon gives a free spin and a multiplier of two times. You can obtain high payouts by joining this icon with the alligator that gives a multiplier of x1000 when all the 5 reels get filled up.

This slot game is an additional fun to the slots present in the slot selection of Rival Gaming. This game is entertaining and quite easy to play, so start spinning the reels to see what you are capable of doing. 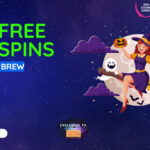