The Wicked Witches Slot is an online slot game that has Dragon Gaming as its software provider. It is made up of five reels, three rows, and twenty-seven bet lines with a payout percentage of 95.59% 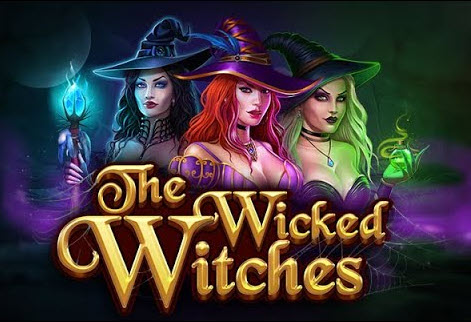 About The Wicked Witches Slot

A new casino game was released recently and it is called The Wicked Witches. It is a video slot that was created by a new software provider known as Dragon Gaming. In the gaming industry, the provider is one of the newbies and the company is situated in Manila, Philippines. This game can be played by both traditional and modern slot games lovers since it is the combination of the two. It has a unique team and there are many amazing icons that will excite you. Players will encounter the witches in this game and through them you can secure a lot of winnings. You will be taken into a world of magic that is full of fantasies. There are many features available to players in the game coupled with the amazing graphics and designs. Some of the features include free spins, multipliers, and bonus rounds. It is a slot game that is made up of five reels, three rows, and twenty-seven bet lines.

Features of The Wicked Witches Slot

As stated earlier, many features are available in this game that will sweep you off your feet. The bonus icon is one of the feature and it is represented by the shape of a tombstone. This may affect the players making them feel awkward. You will activate the bonus session after obtaining three tombstones and you will be given twelve free spins. Another feature is the expanding wild that will enlarge and obstruct the reels therefore, giving your additional winning opportunities. When you form winning combinations you will be given a multiplier of times three.

There are icons of low payouts values in this game and they are represented with figures and alphabets. Also, there are three icons of high payouts values and three icons of average payouts values. The icons have been designed in such a way that it will be easier for players to identify each of them. The wilds and scatters are the most significant icons since they contributed greatly to the winnings of the players. Wicked witches is composed of five reels, three rows, and twenty-seven bet lines with a payout percentage of 95.59 percent.