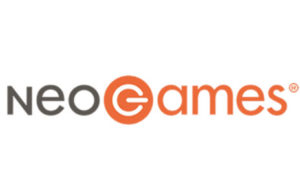 Here are the latest happenings in the world of chance and luck. Get updated with news concerning major players in the industry.

Customers and lovers of gaming offerings from NeoGames are up for a new treat. The gaming outfit now offers an instant win scratch card for lottery players. This lottery, known as Quick Play, will feature interesting quick-draw games that will give winning numeric combinations every one minute. This fast-paced lottery allows you to choose six numbers from 36 options, and selecting the correct numeric combination will allow you to win up to 200,000 pounds. You can play this game with any of the NeoGame lottery partners across the country. What’s more, this game can be customized to suit your preferred draw times.

A new video slot game is about to be launch by 888.com. This game is based off on the characters and story from the popular movie, Clash of the Titans. This game will be released as a succeeding version to the Wrath of the Titans games, and you can access this game on the slot table of 888casino. Critics have branded the slot offering as action-packed and a tribute to the characters of the movie for the trials and tribulations experienced. However, because the movie was made in 2010 doesn’t mean that they are no inclusion of the last version in this game.

There is about to be a revolution in the lottery space with the latest innovation from Intralot. This innovation seeks to reduce the disconnection between e-gambling lottery sites and their land-based counterpart through the creation and introduction of NFC, which stands for Near Field Communications. Intralot is hoping to use its Tap and Play feature to introduce lottery players to the concept of using their mobile phones to play their lottery games. This innovation will definitely entice the tech-savvy young generation of lottery players and reduce the quantities of resources, such as paper, used by land-based lotteries.

Another company trying to break into the e-gambling sphere is FutureLogic. With its PromoNet Solution v2.0, the company seeks to redefine the way operators issue and redeem coupons. With this innovation, operators will be able to issue and redeem coupons with their mobile devices. They will also be able to devise a new system of rewarding players with this new mobile solution.

Financial Reports for the Quarter

The third quarter of the year has not been rosy for WMS industries, the popular maker of slot machines in Illinois, Chicago. The fiscal report for the company showed a drop in its net income, to a tune of 22.1m dollars, which represents a 9% drop from the last report. This is surprising because the company’s interactive division did well according to financial reports, raking in $9 million, a whopping 136% increase. The latest report also showed that the overall revenue of the company also suffered a blow to the tune of $176 million, constituting a 9% decrease. This drop in total revenue can be linked to the 9.7% decrease in gaming operations, which fetched $65.4 million and a 7.9% decrease in sales of products, which raked in $110.6 million. The total number of slot machines installed was 9,389, which represents a 6.1% drop. Also, the income from these slot machines also reduced by 10.6%. All of these drops affected the stocks of the company, which also went down by 7.1%.

The Chief Executive Officer of Aristocrat, Jamie Odell, has announced that the company has effected a change in its fiscal calendar. Instead of December 31, Aristocrat’s fiscal year now ends on September 30. In the address given at the annual general meeting, the CEO stated that investors and shareholders should expect a positive income and profit growth over the next year.

The three Nevada-based casinos operated by Tropicana Entertainment Inc. did not help during the financial report posted by the company. The company suffered a loss in revenue from $156.8 million recorded in the first quarter of last year to $155.2 million recorded this year. The net loss in income amount to $4.8 million to $1.4 million recorded last year. This poor financial performance is caused, according to the company, by the 8.8% loss in slot volumes and 11.6% loss in table volumes.

Everything on the Jack Zito Saga; From the Horse’s Mouth

In an email written to us, Jack Zito (which is a pen name, by the way) told us his side of the story in the unfolding saga with Covers Experts. He stated that Covers lacked professionalism in the way they recruited him, as there were no interviews with him in any form. According to him, all that matters to Covers Experts was money, and they were going to get it at all costs. The plan with Covers was to take 40% of the winnings, which he could enjoy for long after his poor run with the site. His poor betting runs and inability to generate sales was the reason Covers Experts pulled the plug on him. Jack Zito’s case is one of the cases where Cover Experts are involved in controversies. Another that comes to memory is that involving Sarah Philips.