Richie in Vegas is a slot game that has five reels and 20 paylines. It’s from Iron Dog studio. Yiu can play it no matter the device you are using, be it PC or mobile. The value of each spin ranges from 20p to £50. This game’s setting is Sin City and in the base game, you will see expanding wilds.

With the Wheel of Chance feature, you will have the chance to win numerous prizes. Some of these prizes include expanding wilds, wilds, cash and bonus spins — if you get bonus spins, you will be able to take advantage of wheels with much more interesting rewards. You also have a symbol known at the Jackpot Richie. If you get five Jackpot Richie’s, you get the highest prize available.

The thing that stands out when you get on the Richie in Vegas site is the sound. This one is more jazz oriented and it is honestly very good. It is actually to be expected when you see the name of the slot. You have poker chips, playing cards and in the background, neon palm trees.

The symbols at this slot game are blue diamonds, pink 7s, Golden bells, triple bars, double bars, bars, poker chips and a pair of die. Richie is also present on the reels and obviously he’s the the symbol that has the most worth. If you get 3, 4 or 5 of this symbols, then you could have 2.5, 6 or 29 times the original bet you made.

The wild symbol is also present. It is very showy and you could see it on each of the five reels. It has the normal substituting features. There is an expanding wild symbol at Richie in Vegas. You will see it at the top of the reels and it expands to cover them in full. If the expanding wilds appear on each of the five reels, then you could get even up 400x your original bet in wins. 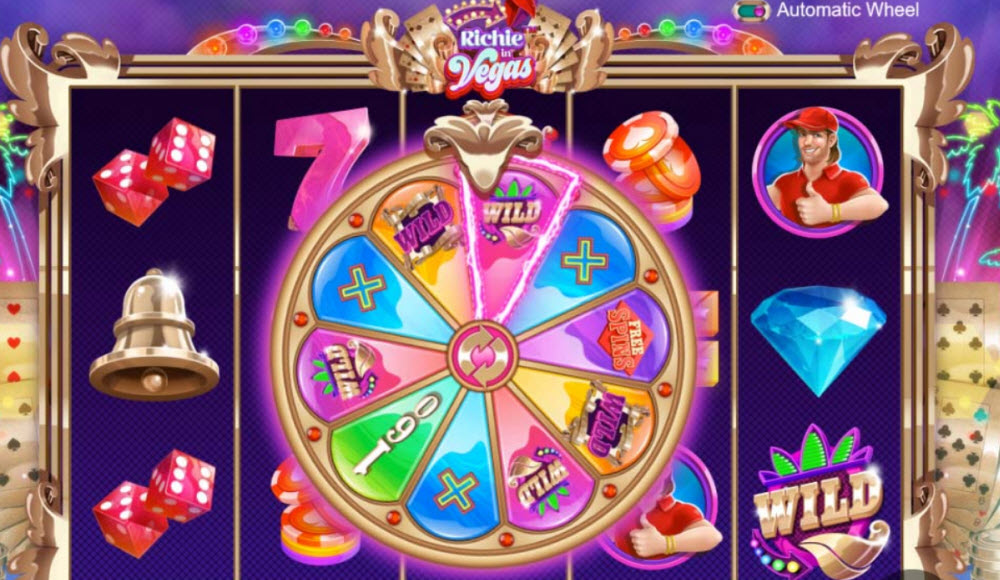 If you get an upgrade to the VIP wheel, you stand a chance to get the following rewards:

Finally, we have the High Roller Wheel. Here, you get the highest prizes. You could have: 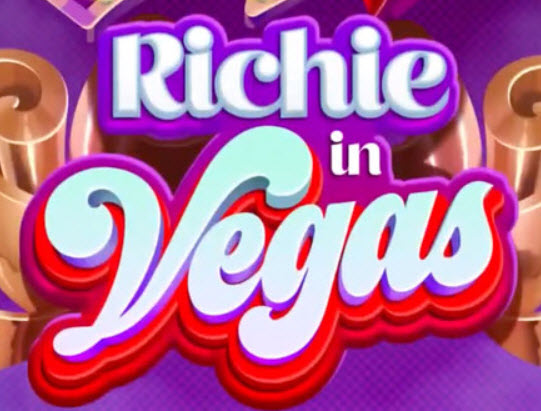 During the Free Spins mode, Jackpot Richie’s symbols could appear. If five of them appear on any position on the reel, then you get the chance of winning up to 2,000 times your entire bet.

The slot game Richie in Vegas is actually not complicated. Throughout the game, you have expanding wilds. The Wheel of Chance feature gives you wilds, expanding wilds, cash rewards and a chance to get into the Free Spins mode. This feature gets things really spicy cause this is where you get hugest and most profitable rewards of the game

The maximum win on each bonus spin is 400x your actual bet. So the most important thing to do is get five Jackpot Richie symbols when the free spins mode is on. Getting this would mean getting a prize of 2,000x your total bet. It is a very entertaining game even though it is not as volatile as Iron Dog’s Studio’s other games. If you are searching for more volatility, then you should play Vikings Wilds from the same studio. Here you could get up to 6,000x your win on each bonus spin.